There are people on this planet who are amazing and they know their true self and never let it on. They know how they can influence the world, this materialistic, running in race world, where if they let people know themselves, the world would be in awe, would be scared of their success, would be in open or in secrete hate with them. Its their treasure and they are CEO of managing it and making decisions about it. They own it this amazing persona of their beings. They have their own tribe, they live in their own world and they see the whole world naked in front of them. They hold the power of creating or destroying any world for themselves. As amazing as they are they can be humble and limit or extend their powers and abilities for the sake of others and universe. 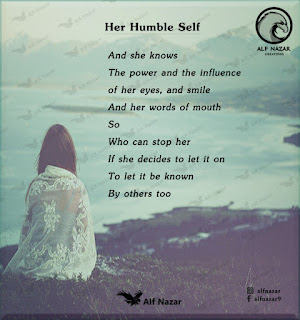 And she knows
The power and influence
Of the eyes, and smile
And her words of mouth
So
Who can stop her
If she decides to let it on
To let it be known
By others too

Email ThisBlogThis!Share to TwitterShare to FacebookShare to Pinterest
Labels: Freedom, Poems, Poetry, Self Awareness, Self Confidence, Self Esteem, Strong Personality

Photo Credit: Unsplash "Embrace your Destiny" According  to th... 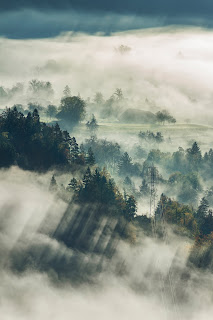